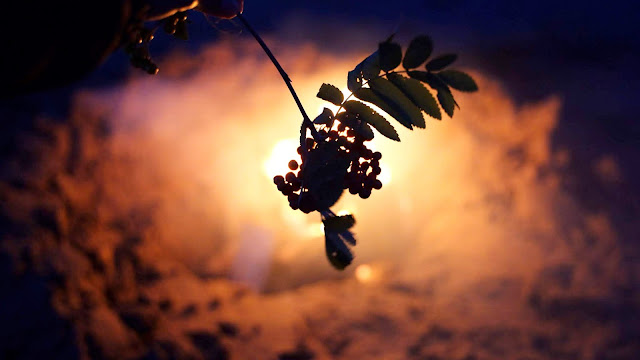 This exhibition is supported by The Japan Foundation, Seoul.

The director of Yamakiwa Art Hotel Yuri Fukushima has been invited to curate an exhibition “Memories in Movement”, featuring six artists from Korea and Japan, at an independent gallery placeMAK in Seoul.

Time, as we experience it, is not a rhythm that thrums along a thread in a single direction, but a set of endlessly diverging strands that expand and contract in harmony with the present. It is a physical structure, manifested into reality by a technique composed of the individual and collective experiences which we all share. Time can be signified by the memories which are transmitted through all of our bodies and souls.

In this exhibition, we hope to reveal the complex and shifting interrelationships between time and memory through our artists’ differing perspectives and methods.

Natsumi Sakamoto’s latest work, an installation that employs video and woodblock prints, takes as its subject the superstitions surrounding the Scottish witch hunts and rowan-wood apotropaic talismans, through which it explores the question of the inheritance of memory. Beginning in the 15thcentury, witch hunts spread throughout Europe. Rowan is believed to provide protection from sorcery, as well as from diseases and disaster. Drawing together the echoes of these images, this work captures the realities of the period and the conditions of the unfortunate, many of whom worked as dairy farmers, with episodes that transmit messages to us that transcend the era in which they took place. Witches possess a dual nature, binding within themselves both cursed death and the hope of recovery. This work stands as a monument against the tragic oblivion of those witches whose reality was given form by a manifestation of communities’ collective will.

Through performance and video works, Jungsik Lee expresses the daily rigors of living with HIV, quietly describing the insidious violence of forgetting one’s self as a consequence of discrimination. This piece, structured around daily logs of medicine dosage records, reflects the existence of an artist living under the yolk of disease. Lee, in the middle of an irreplaceable path through life, is nonetheless seen by society solely as a carrier of HIV. This work imbues meaning to the anguish of the incompleteness of an existence overshadowed by the virus, and constitutes an attempt at healing by casting one’s gaze beyond the self. Lee calls on us to sincerely question the ways in which we confront one another’s lives and share in their existence.

Miyuki Yamashita’s work takes images from memory as its starting point, drawing upon the vigorous strength of improvisational techniques, exhibited in a series of deft drawings. Based on photographs of a tightrope-walking young woman captured five years prior, Yamashita uses pencils, watercolors, and masking tape to swiftly interweave images and the movements of her hands, drawing also upon the energy of the surroundings. Rooted in the instant captured by the lens, the artist explores a proliferation of possibilities through an eternally recurring present completely free of stagnation, while continuously confronting both memory and the existence of the self.

Similarly to Yamashita, Ji Seon Kim produces pictures based on memory, but has chosen a contrasting method for representing the resonance of accumulated images. Returning to her studio after spending time communing in the depths of nature, she gradually gives shape to the fragmentary impressions left on her body by the colors, sounds, humidities, and temperatures of the wilderness, capturing them on canvases of thirty to forty centimeters square. She now pours her indefatigable curiosity and energy of spirit into constructing what she calls her ‘Wonder-site’, a massive aerial landscape. Standing at the brink of the known and unknown, she invites onlookers onto the stage of adventure.

Isoya Hirofumi’s Lagis a work comprised of photographs that capture the images of falling picture-frames, presented within those selfsame frames. These connected photographs crystallise an instantaneous fragment of the past, while simultaneously challenging us with vertigo and inversions that manifest the resonance between the present moment and lost time. As this work pivots on the physical properties of the frames themselves, each instance is irreproducible. While possessing abstract expression, our physical and corporeal reality, which exists in the here and now, spontaneously becomes apparent as we interact with this work.

Drawing our attention to the “slippage” of artificially created objects, Woon Zung has created a video piece conceived from a Hiroshima geological report. Seventy years after the Atomic Bomb annihilated ninety percent of the city and robbed seventy thousand humans of their lives, the authors discovered fragments of glass washed up on Hiroshima beach, remnants of structures and debris fused by the extreme temperatures at the time of the explosion. This work uses scans of these shards of plastic and stone, as well as images of the demolished city, revealing sequences of depictions of fire, dreams, coagulation, resurrection, mimesis, and pollution. This accumulation of fragmentary memories of the events transmitted to us by those surviving objects that transcend time and space function for us as gateways to new imaginaries and experiences.

By displaying the images and processes of a multiplicity of memories, this exhibition aims to make us contemplate beyond time and space, subtly and dynamically encouraging us to explore the horizons of our experiences.

Posted by yamakiwa gallery at 10:30